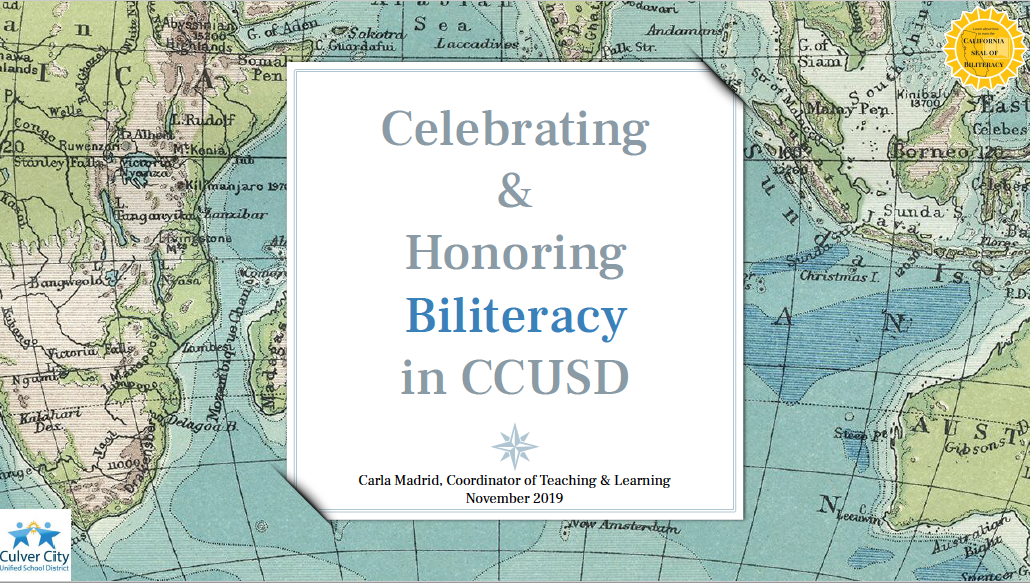 Beginning in the 2011-12 school year, The State of California introduced the “Pathway to Biliteracy” and the “Seal of Biliteracy” awards. These awards are given as recognition for students who have demonstrated achievement in two or more languages.

Pathway to Biliteracy Awards (for 5th and 8th grade students):

Pathway to Biliteracy awards honor students who, by the end of 5th and/or 8th grade, have demonstrated a commitment to becoming biliterate and who have reached a certain degree of proficiency in both English and another language.

The “Seal of Biliteracy” will be awarded to 12th grade students at graduation. This award is a seal placed on the student’s diploma and noted in the transcript. Recipients will also be awarded an honor medallion to wear during graduation ceremonies. To receive this recognition, students must meet the established criteria detailed in the application. Students must submit an application to the CCHS Seal Coordinator, Arely Magallanes 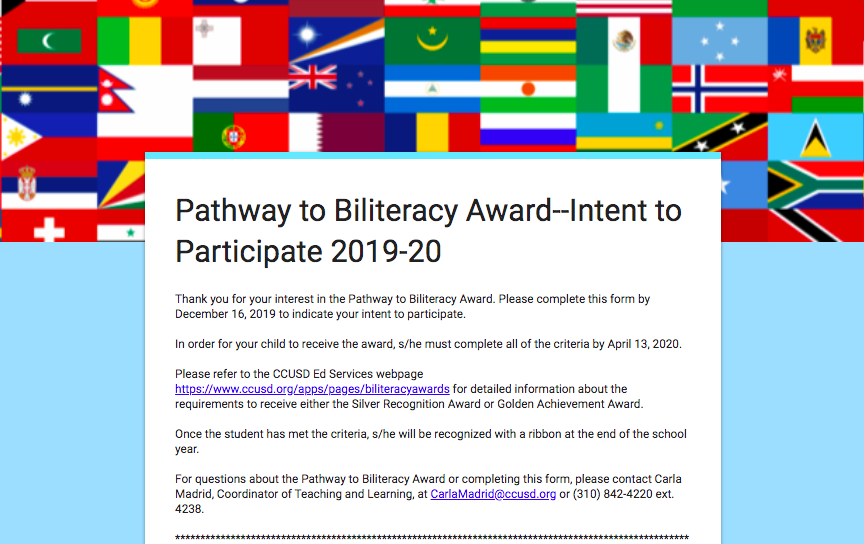 Pathway to Biliteracy Application Deadline: December 16, 2019
2019-20 Timeline for the Pathway to Biliteracy Award (5th and 8th grade):
All reading assignments and cultural criteria must be completed and submitted:
April 13, 2020
Writing Prompt Administered:
5th grade: During the Week of April 20, 2020
8th grade: Date to be determined, between April 20 - May 1, 2020
Students will receive the Pathway Ribbon at 5th Grade Promotion or 8th Grade Awards Ceremony 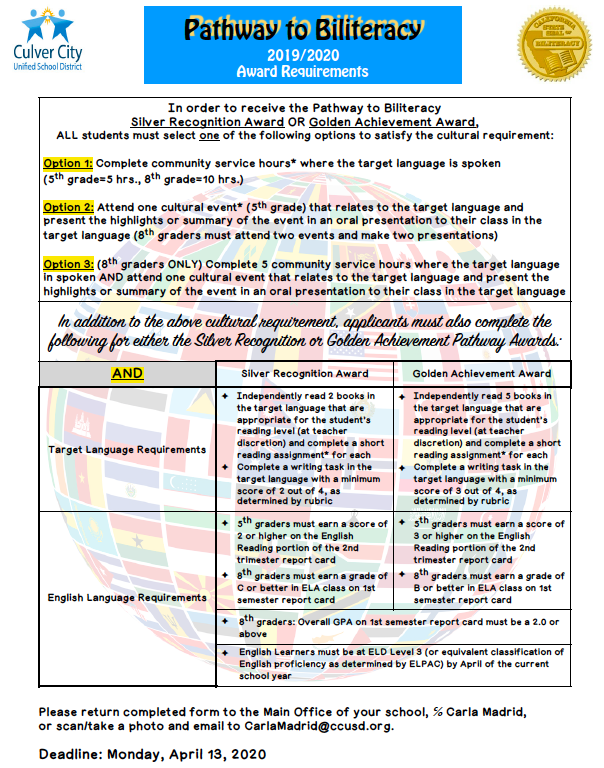 Forms can also be accessed through the Parent Information Session Presentation above.

Completed forms may be returned to the Main Office of your child's school, c/o Carla Madrid,

or scanned and emailed to CarlaMadrid@ccusd.org

Note: Students who are seeking the Pathway in a language other than Spanish or Japanese are kindly asked to use the English version of the book report form as a guideline. Please respond to all questions in your chosen language for the Pathway Award.

This is a partial list of cultural events in our community.

for the purposes of the Pathway to Biliteracy Award,

This list can only grow and best meet our students needs with your help. Thank you.
Chinatown & Little Tokyo
Downtown LA Walking Tours
Check website for dates and details:
https://www.dtlawalkingtours.com/chinatown-little-tokyo

See website for details about admission fees and current exhibits.

Ongoing Exhibits (Japanese)
Japanese American National Museum
Free on Thursdays from 5-8pm, and all day every third Thursday of the month
http://www.janm.org/visit/